Quantum information technology based on solid state qubits has created much interest in converting quantum states from the microwave to the optical domain. Optical photons, unlike microwave photons, can be transmitted by fiber, making them suitable for long distance quantum communication. Moreover, the optical domain offers access to a large set of very well-developed quantum optical tools, such as highly efficient single-photon detectors and long-lived quantum memories. For a high fidelity microwave to optical transducer, efficient conversion at single photon level and low added noise is needed. Currently, the most promising approaches to build such systems are based on second-order nonlinear phenomena such as optomechanical and electro-optic interactions. Alternative approaches, although not yet as efficient, include magneto-optical coupling and schemes based on isolated quantum systems like atoms, ions, or quantum dots. Herein, the necessary theoretical foundations for the most important microwave-to-optical conversion experiments are provided, their implementations are described, and the current limitations and future prospects are discussed. 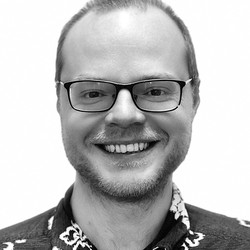